For a detailed report on the Discussion Meeting please click here. 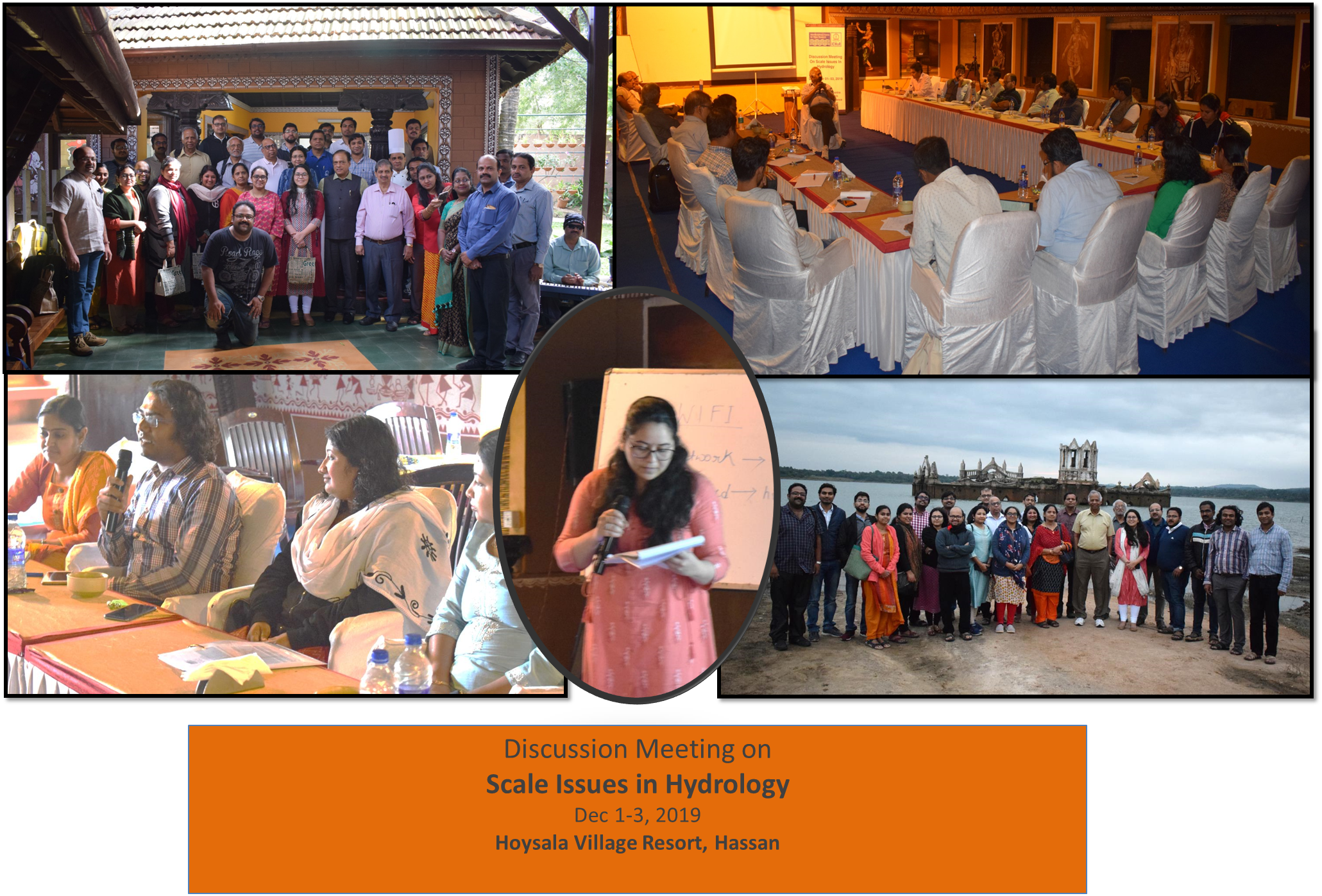 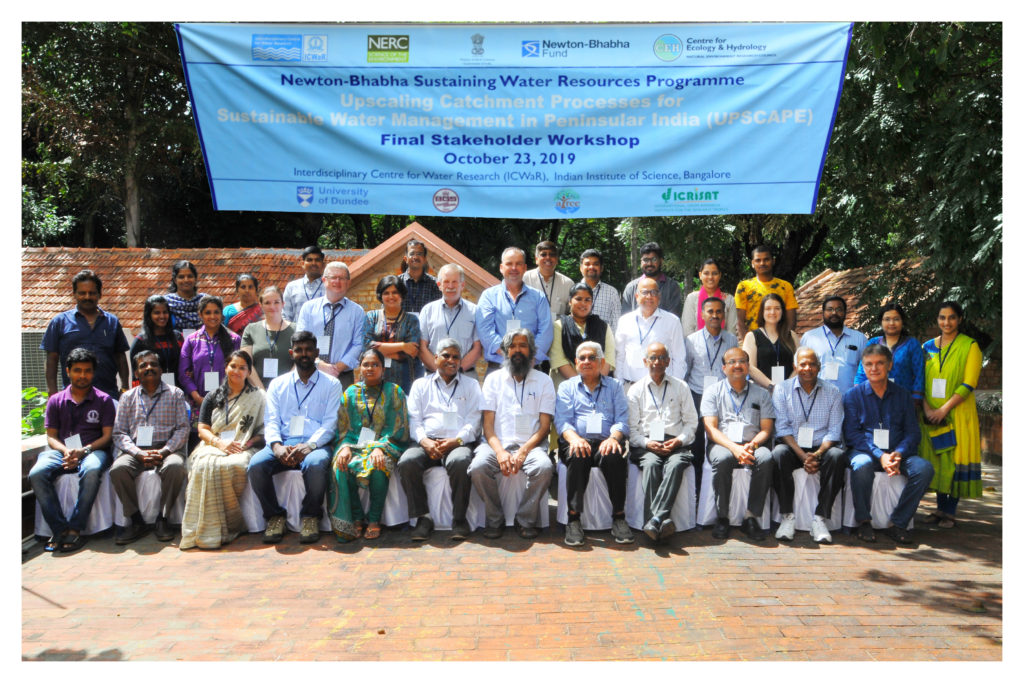 Meeting held during 23rd to 25th September, 2019 on ” Towards-smart and Nutrition-sensitive Food Systems in India” 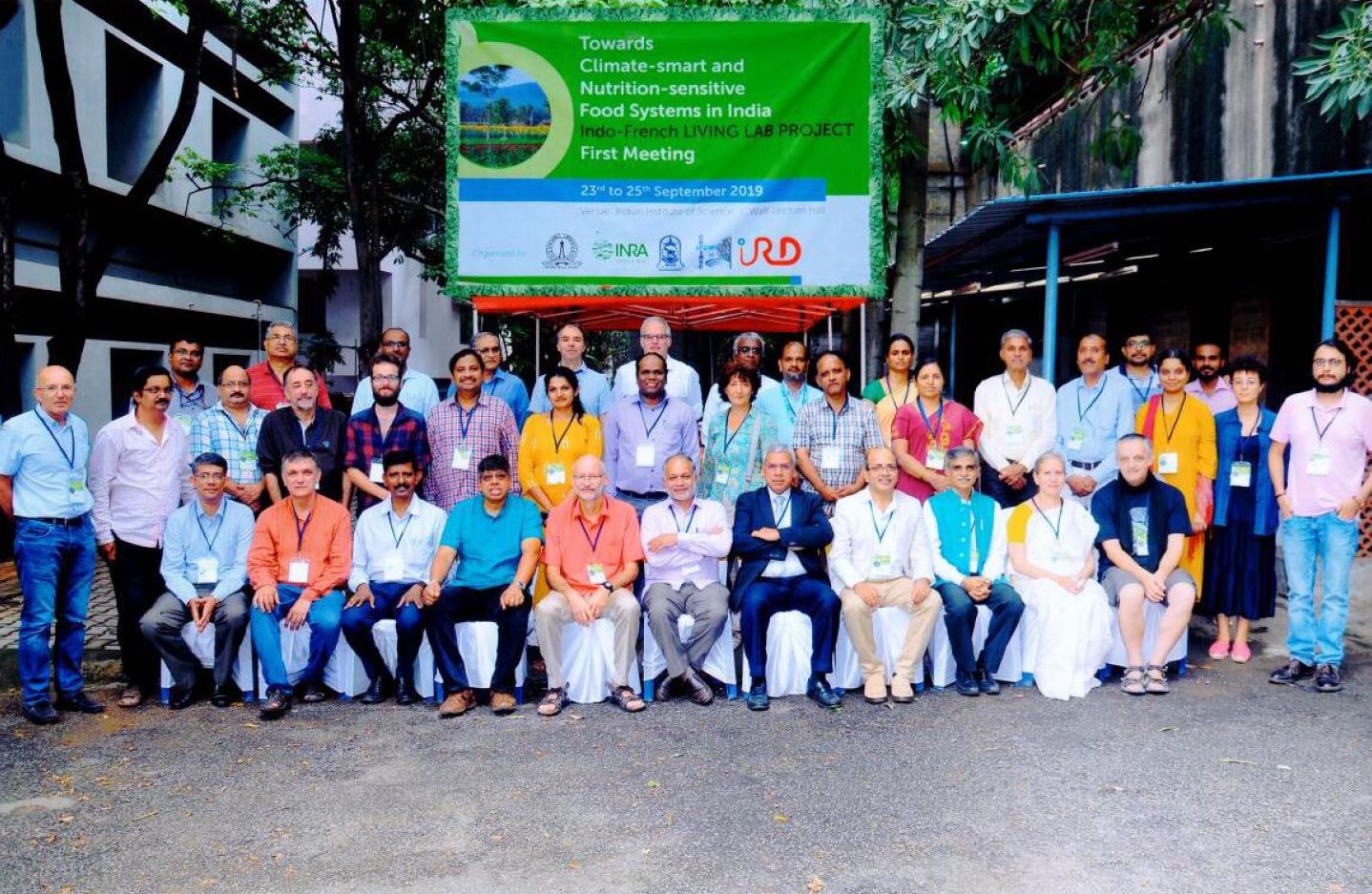 Interdisciplinary Center for Water Research (ICWaR), Indian Institute of Science (IISc), Bangalore organised a one-week Monsoon School on Urban Floods during 05 – 10 August, 2019. The School was sponsored by the Knowledge Societies Division of UNESCO, Paris and is partially supported by the research project entitled, “Urban Flood Model for Bangalore“, funded by Department of Science & Technology (DST), Government of India. 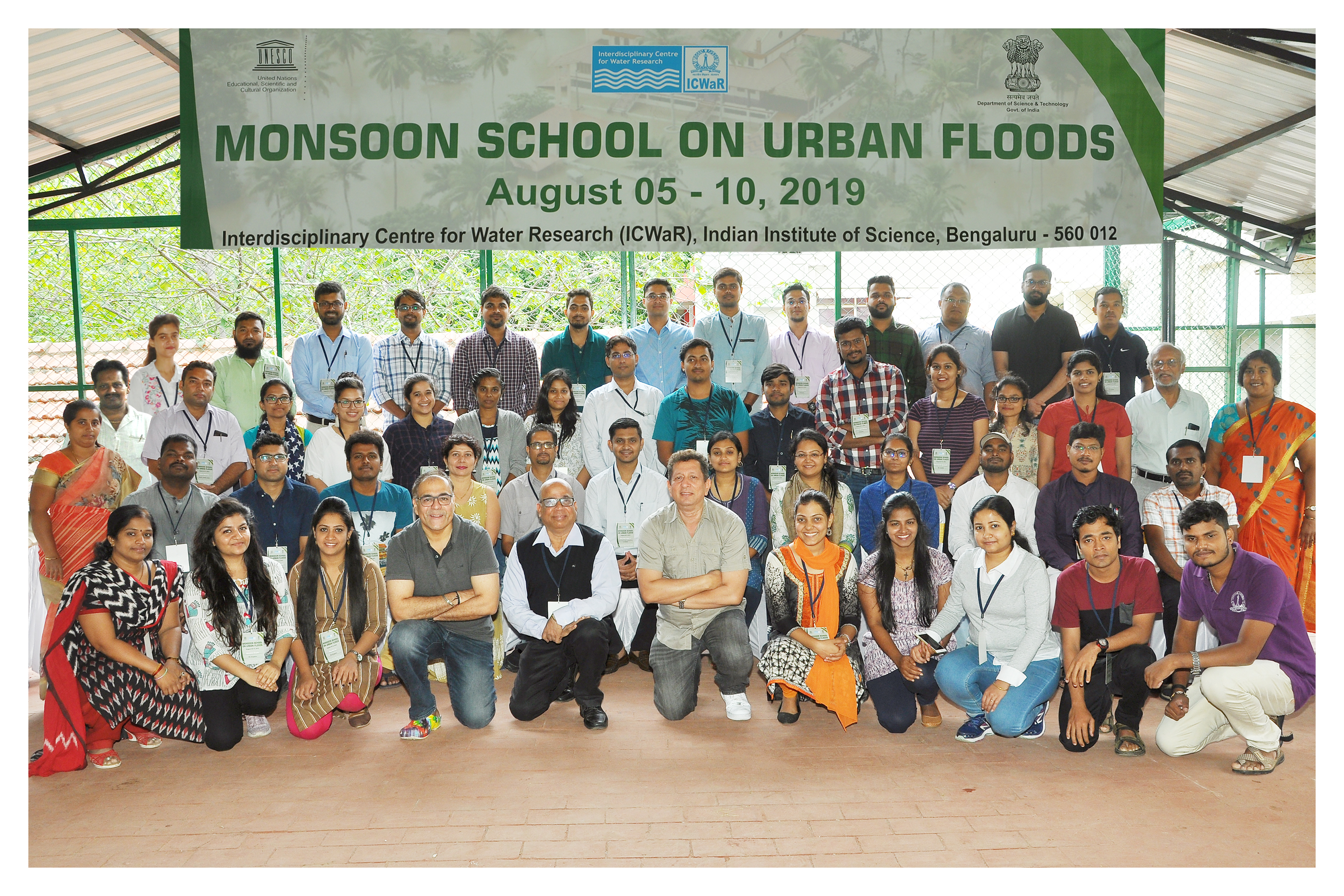 This workshop was funded by DST and was held in ICWaR on 2nd and 3rd August, 2019. 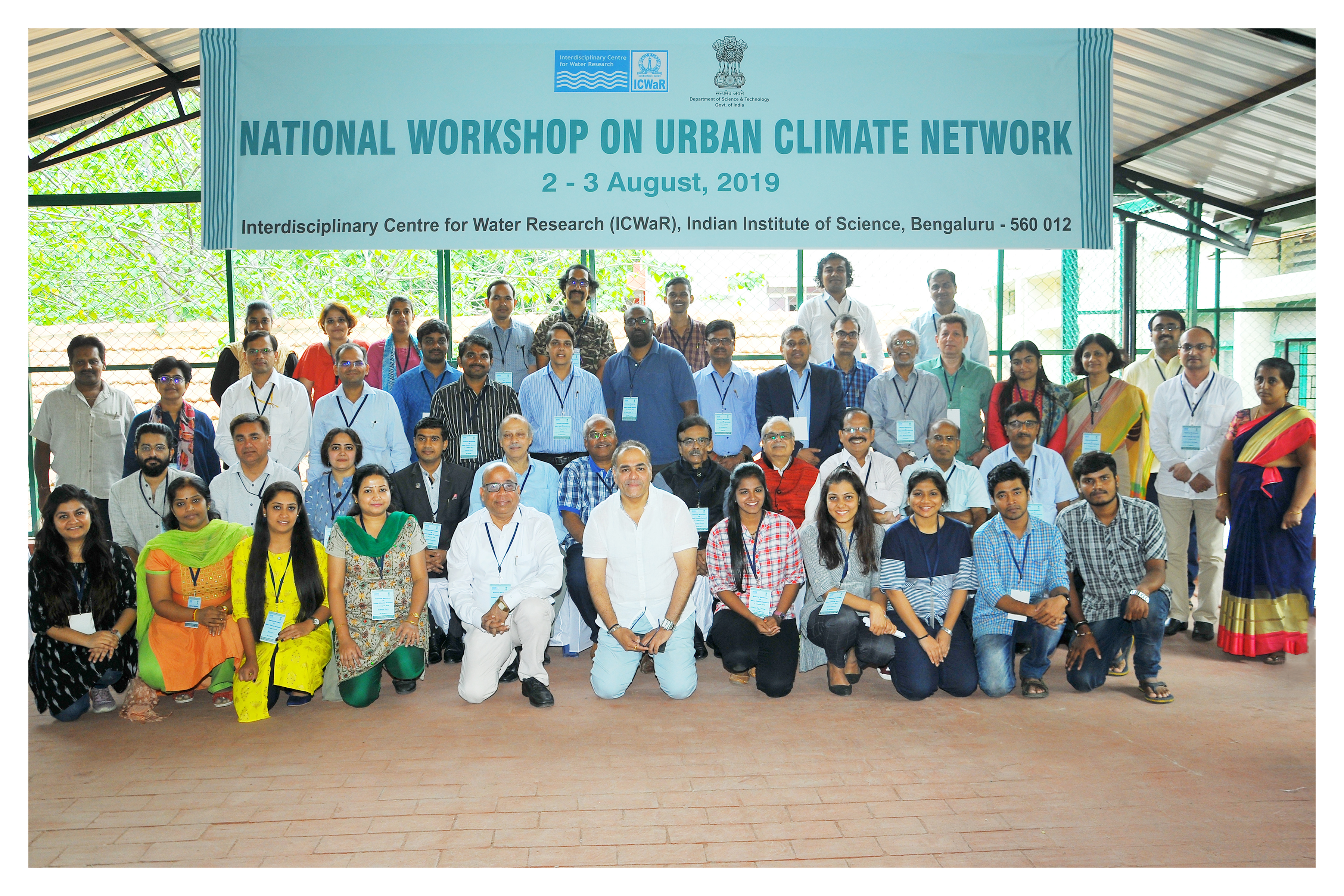 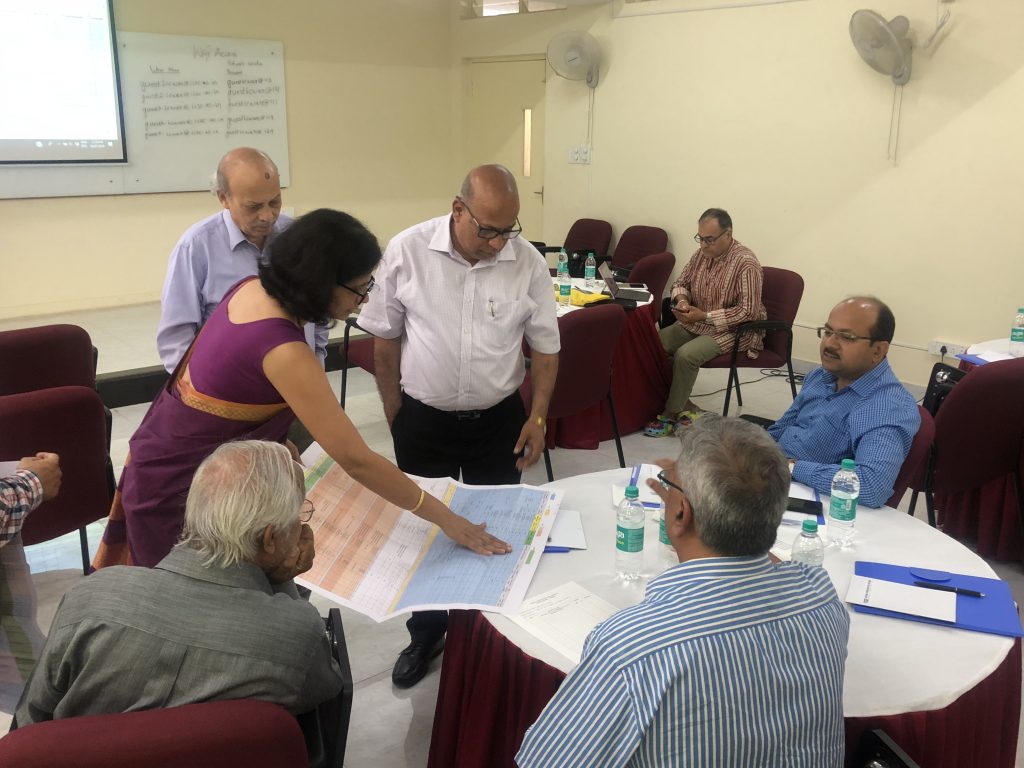 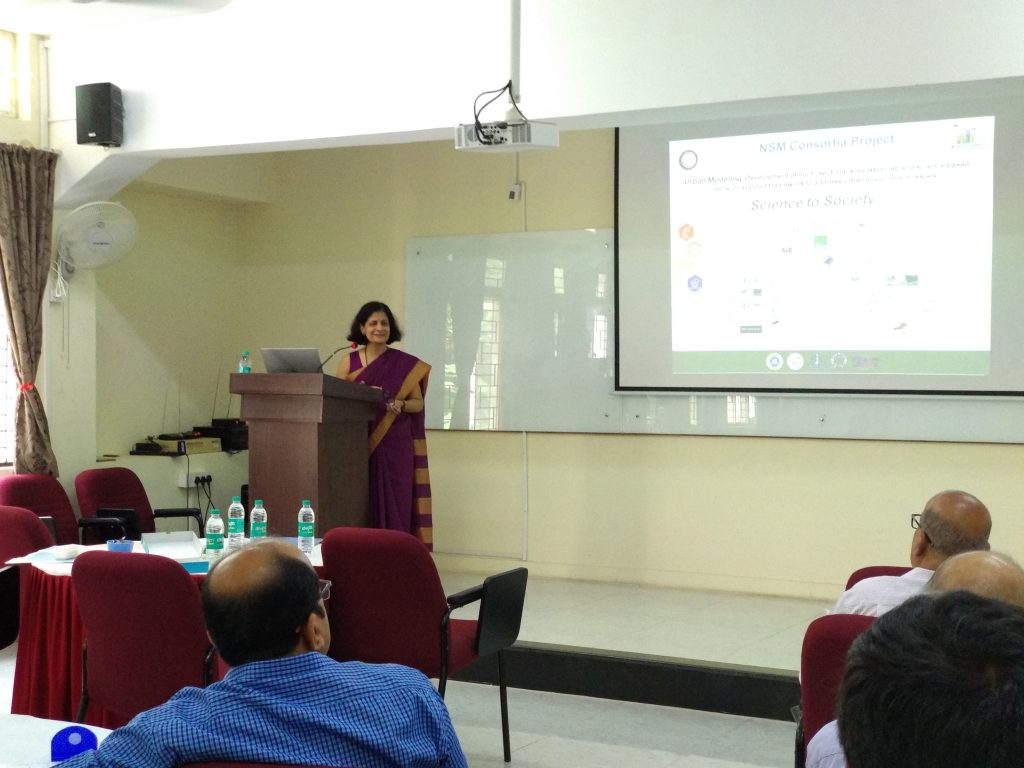 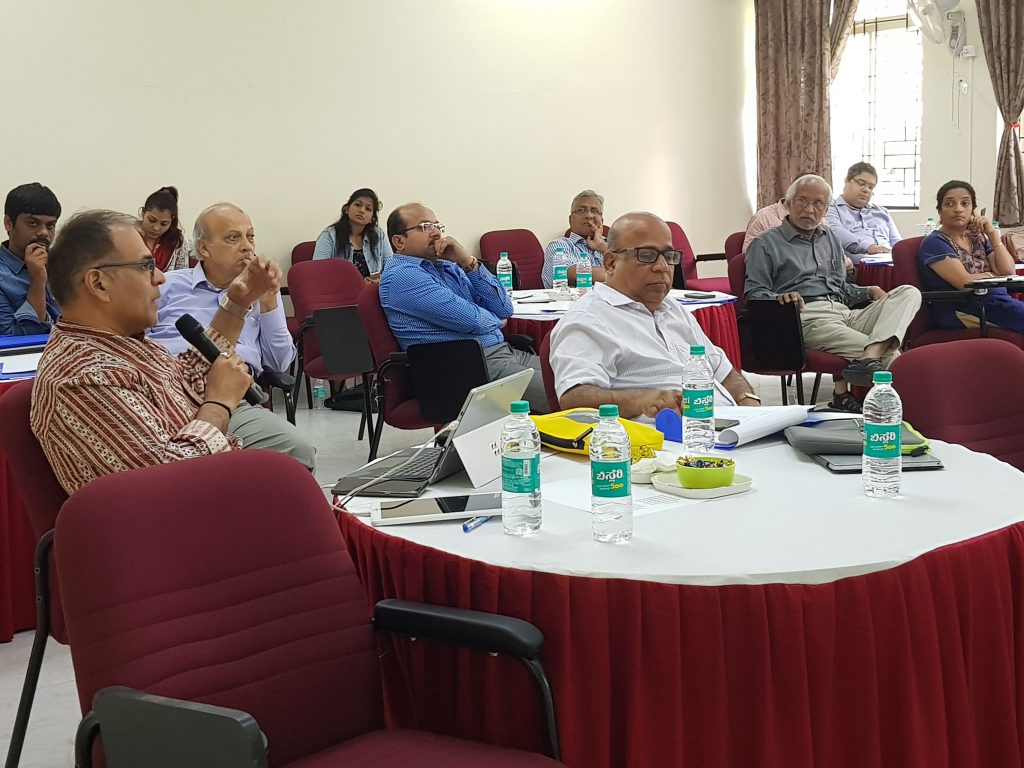 Annual Progress Meet for the project “Urban Floods Model for Bangalore City” in “School of Ancient Wisdom” on 23rd April, 2019

The Urban flood Model Team from IISc and KSNDMC visited the School of Ancient Wisdom on 23rd April, 2019. A progress meet was being held at the venue where the project partners from BBMP, BDA, Geokno, Spatika, CStep and KSCST were present. 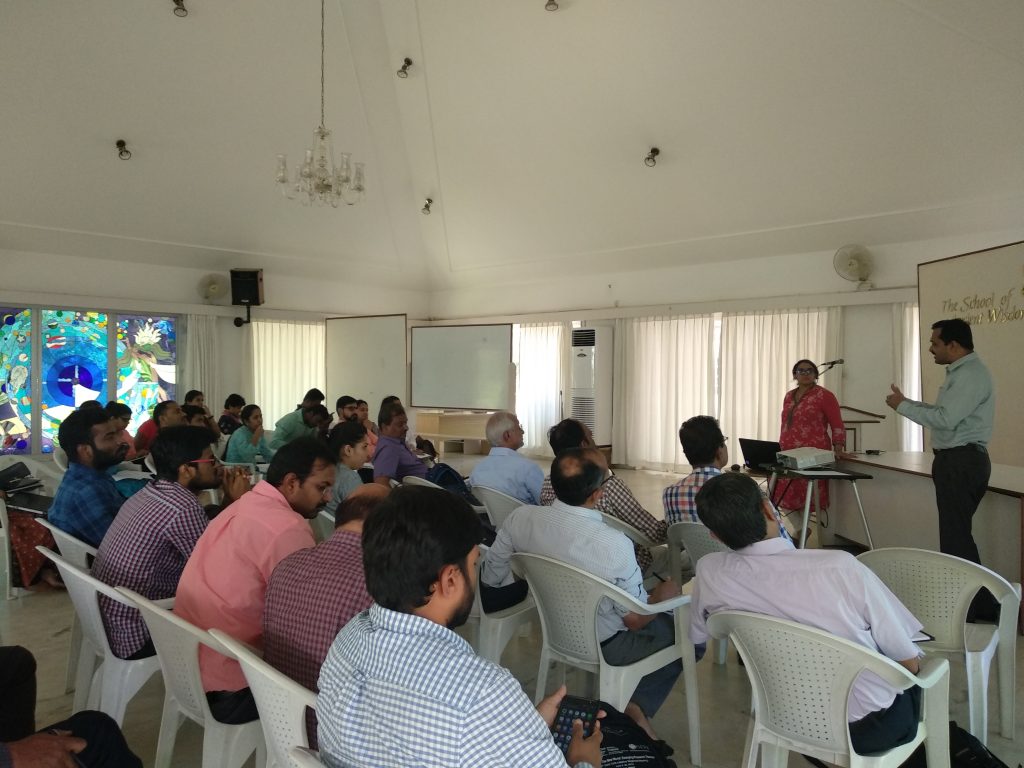 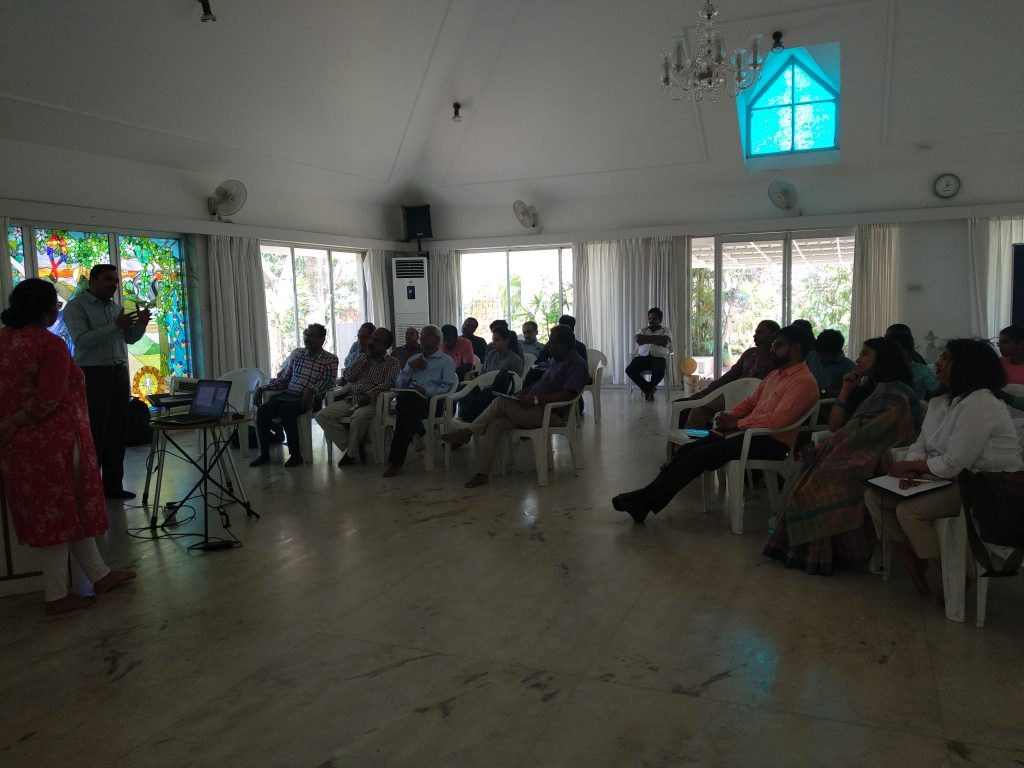 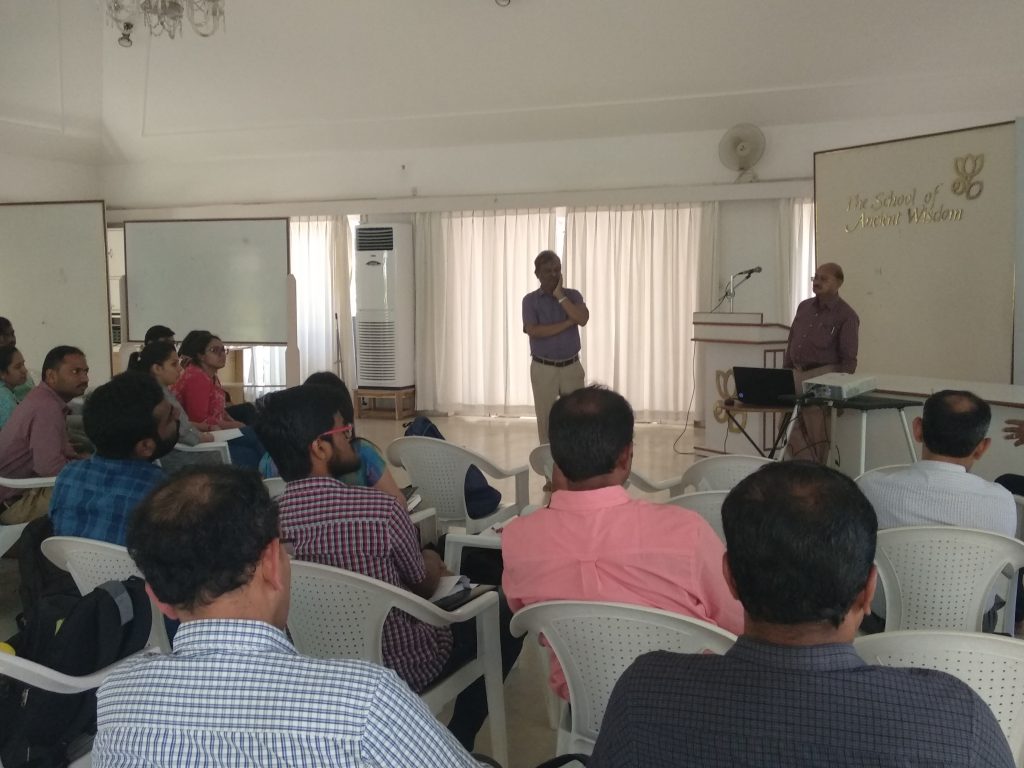 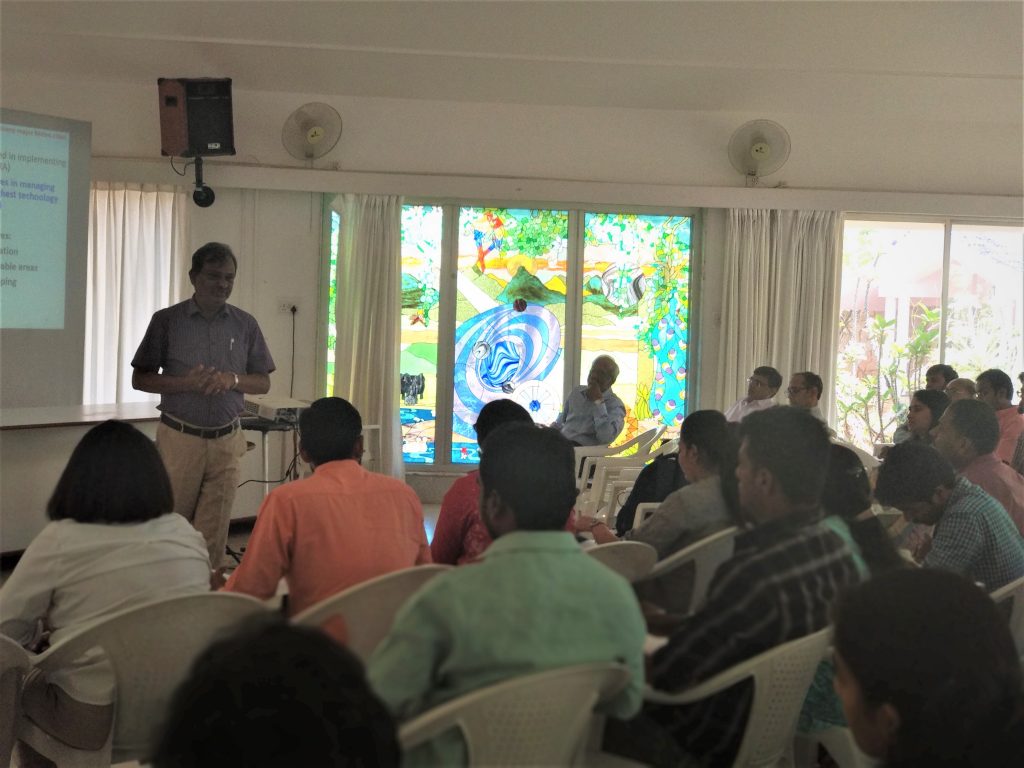 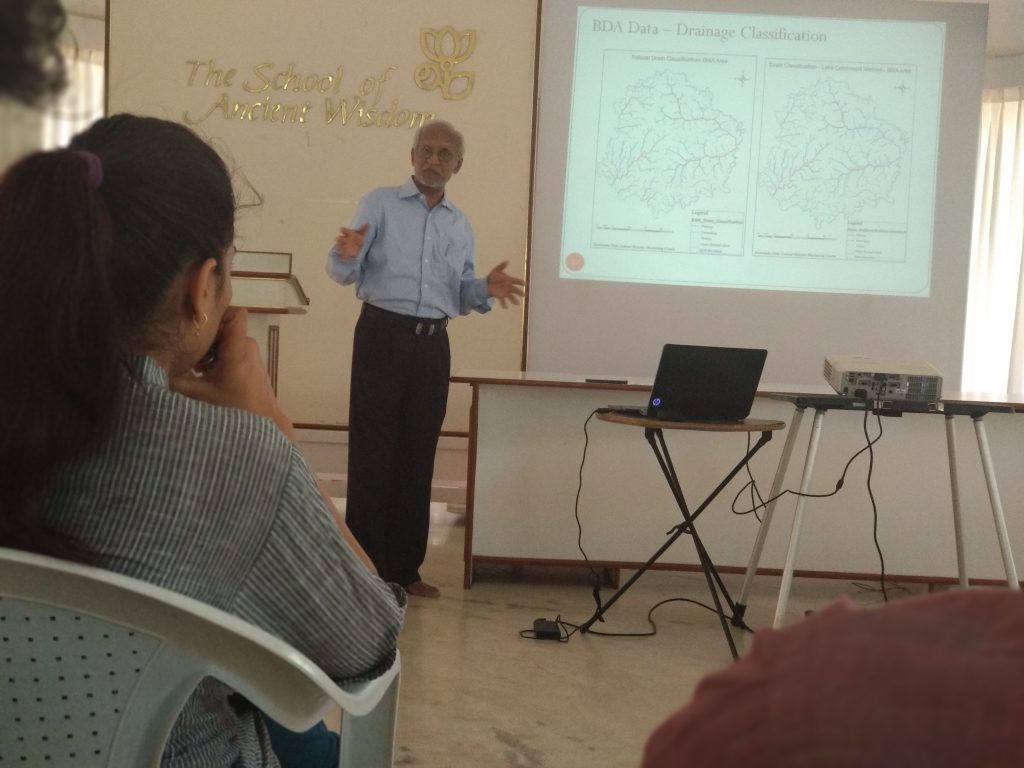 A project consortium meeting for the collaborative UPSCAPE project with CEH, ATREE, BGS, University of Dundee, ICRISAT etc., was conducted on 12th, 13th and 14th March, 2019 in ICWaR, IISc. 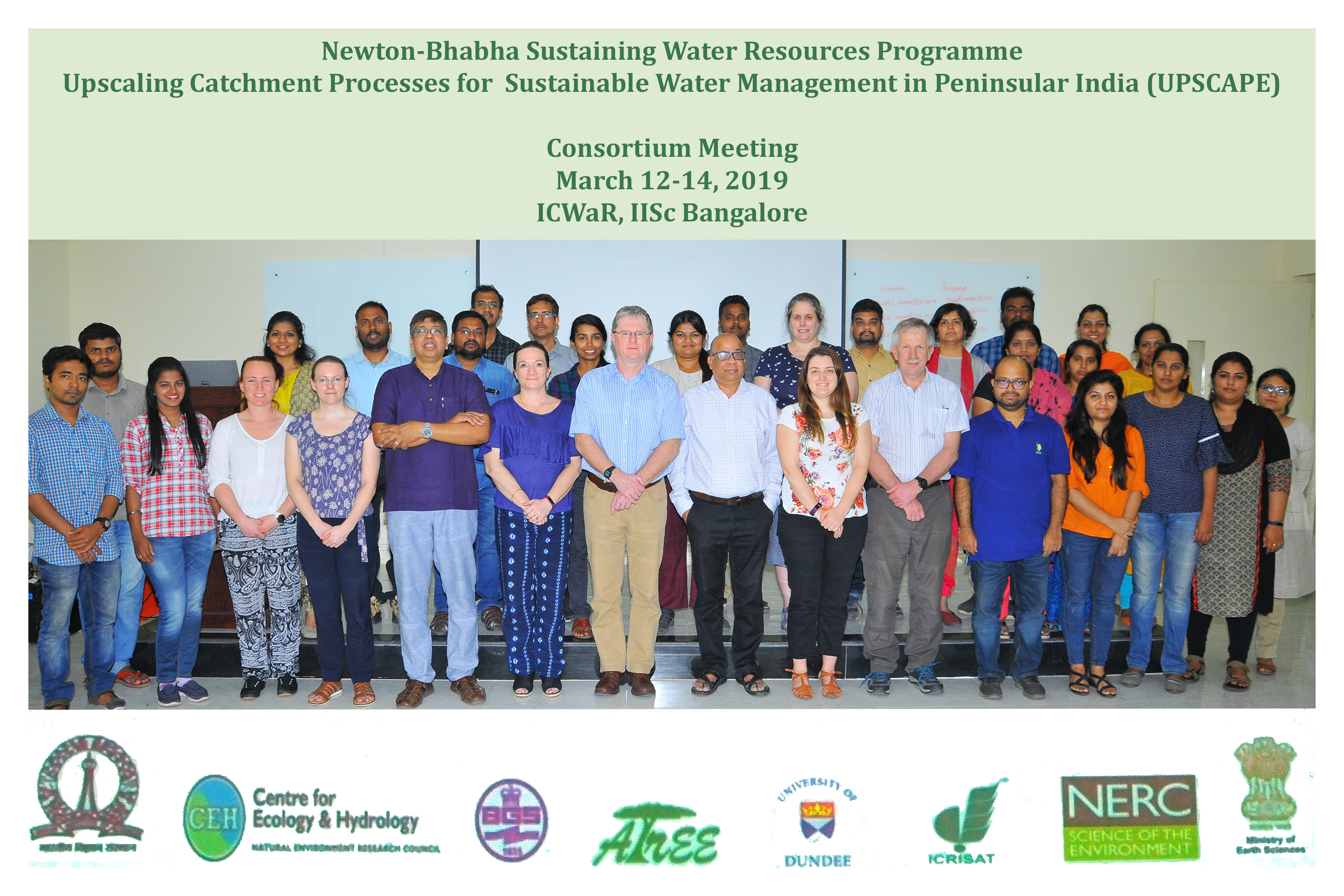 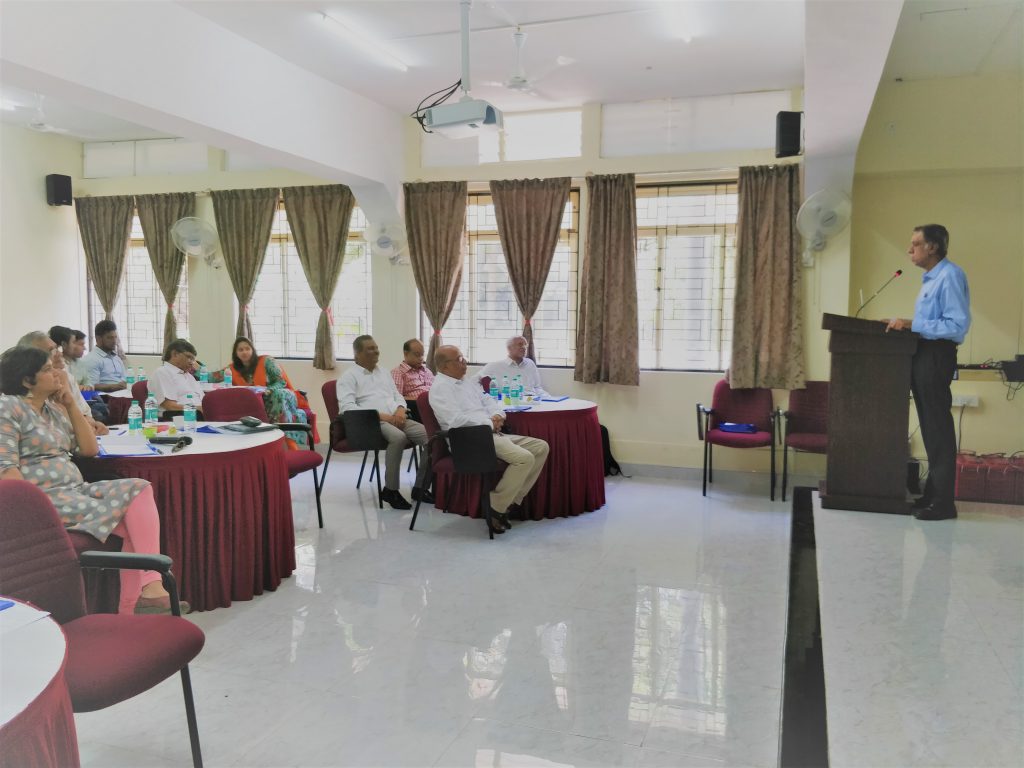 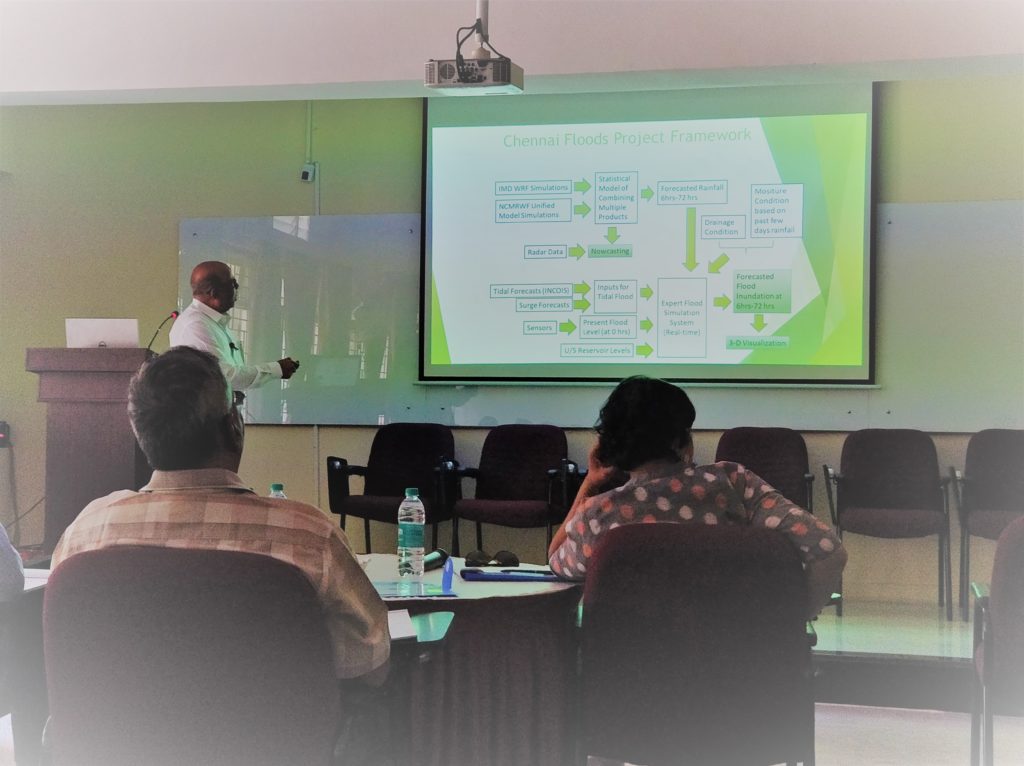 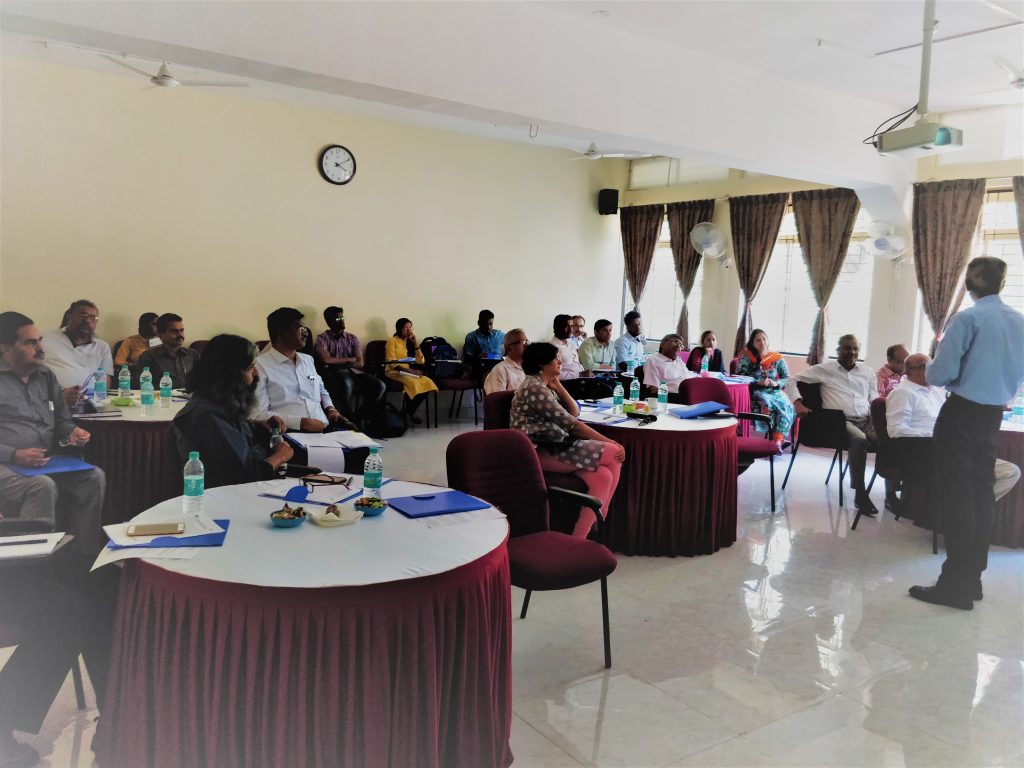 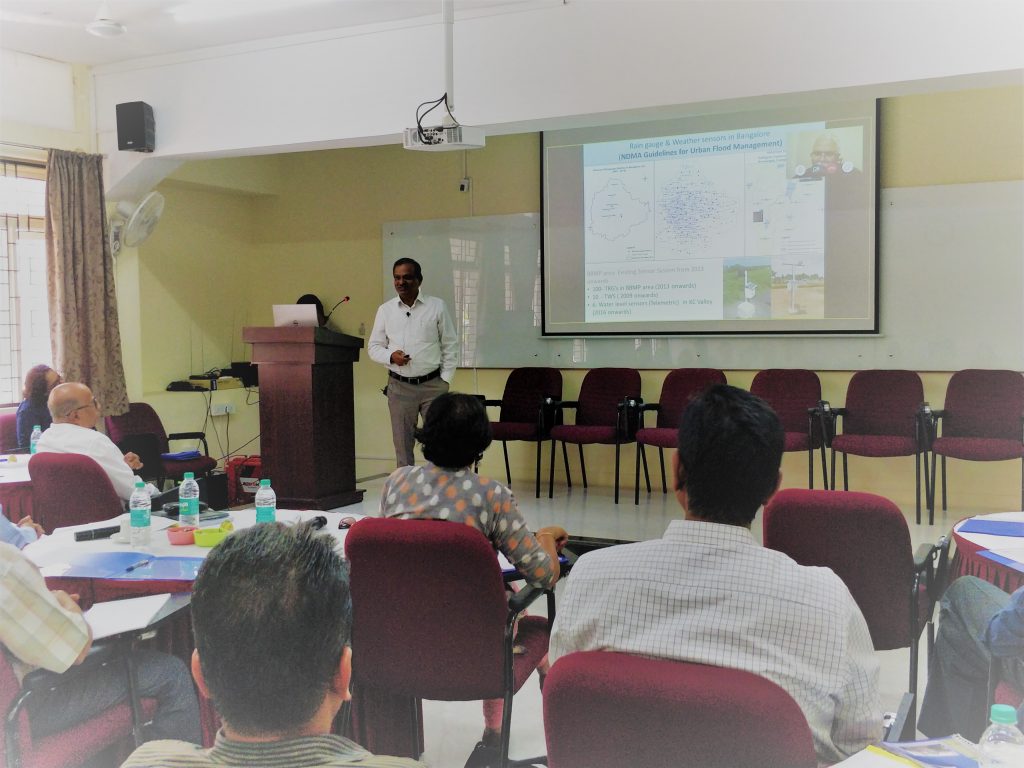 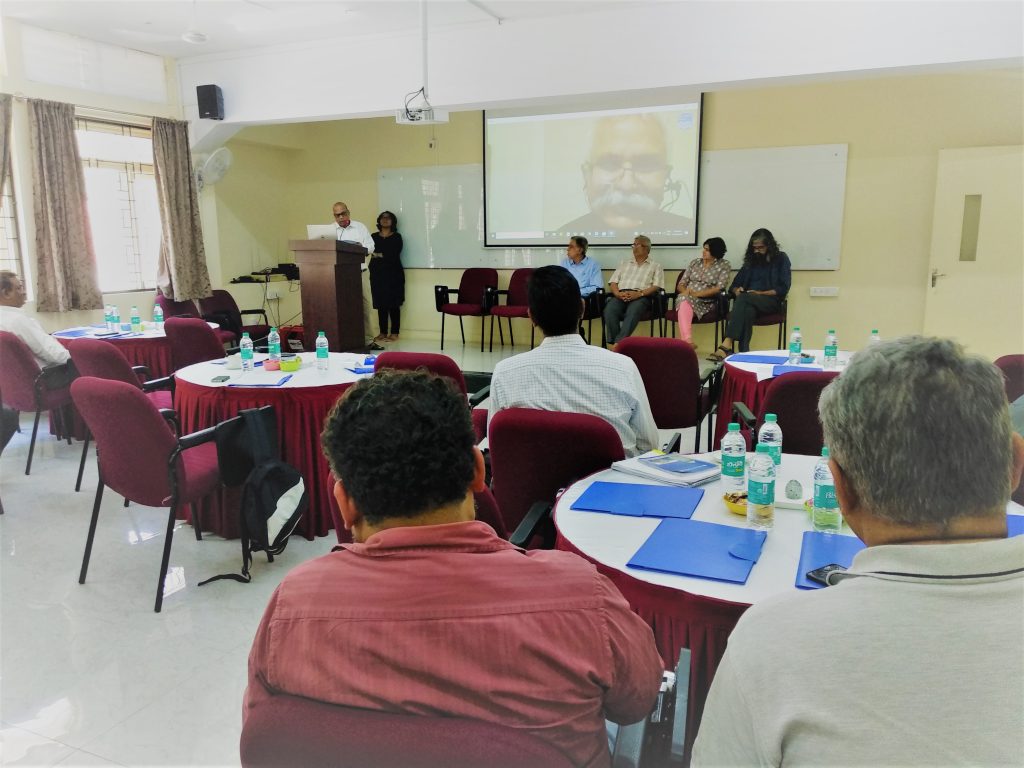 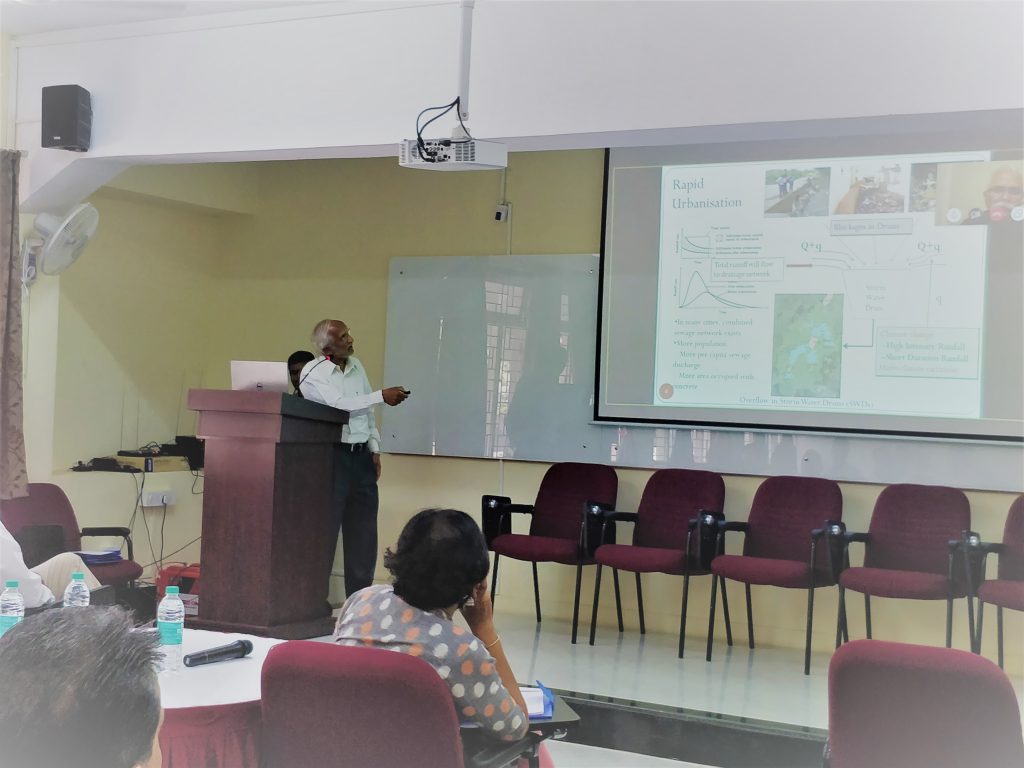 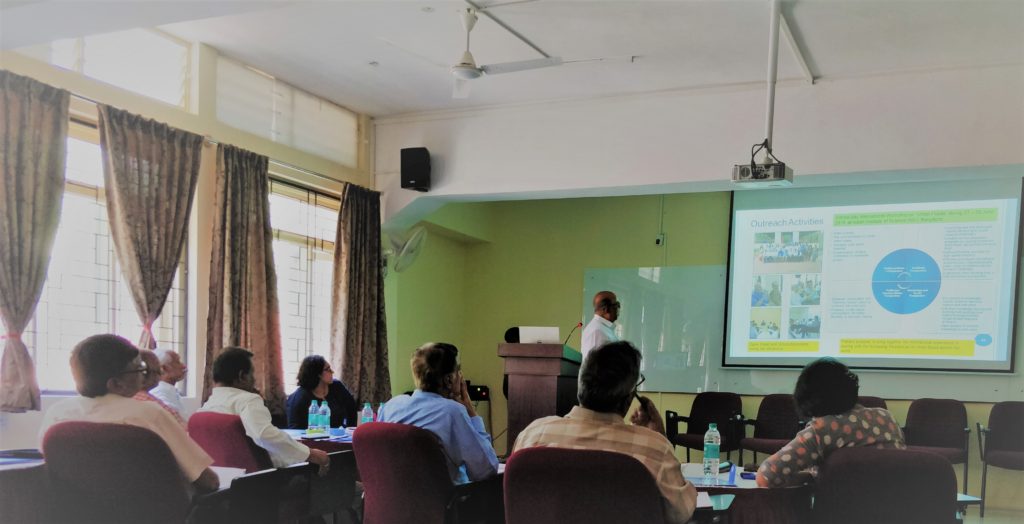 Project Meet on Accompanying The adaptation of irrigated agriculture to climate CHAnge (ATCHA) was held during  26th November to 1st December, 2018 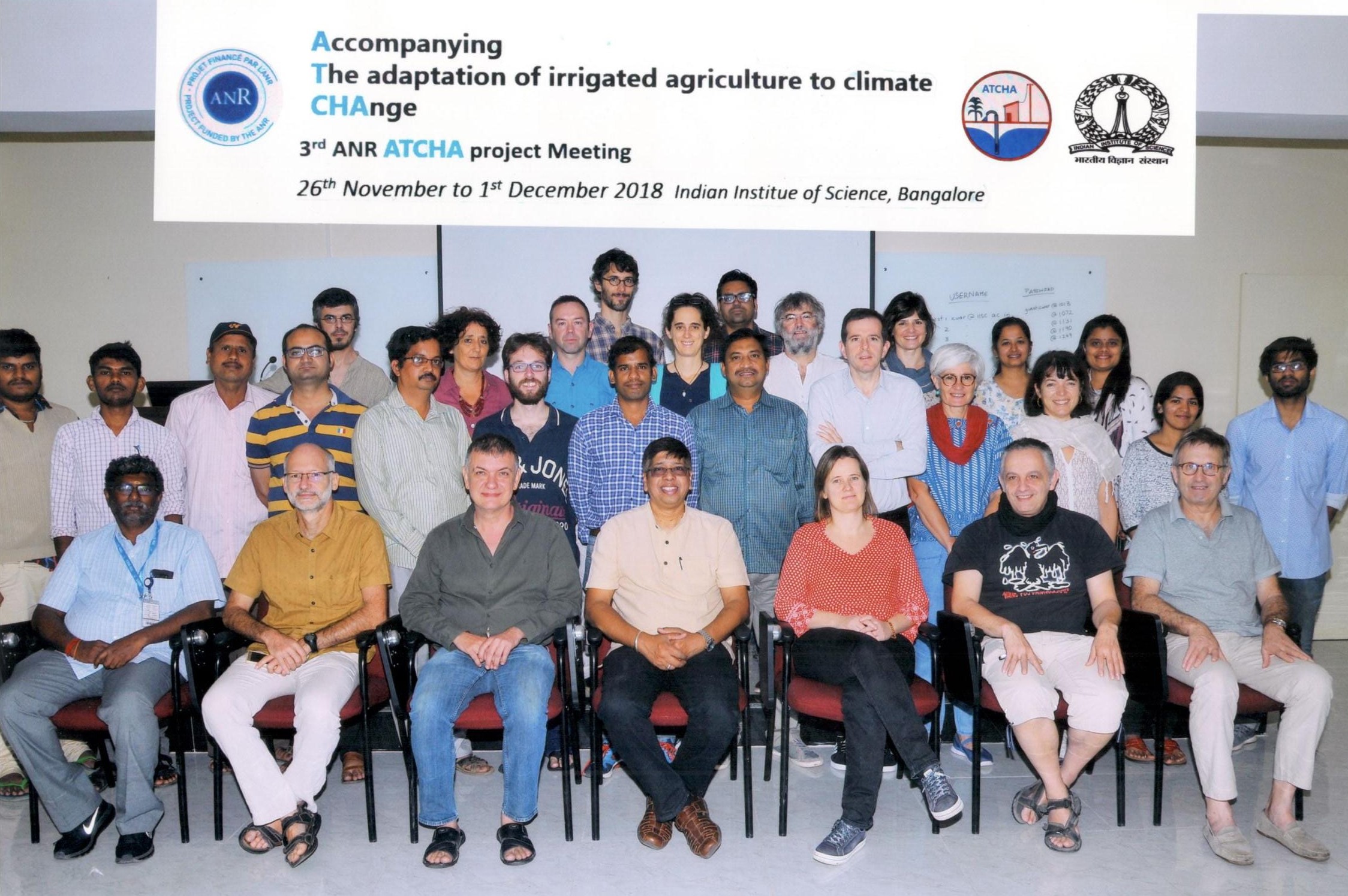 The ATCHA project aims to accompany the adaptation of farming systems to climate change by combining an integrated biophysical model with a participatory approach in a network of experimental watersheds in the Karnataka state. The ATCHA project is based on (1) the strong partnership initiated with the International Joint Laboratory IFCWS (Indo-French Cell for Water Sciences, involving the Indian Institute of Science, Bangalore) which allowed to build an extensive database in the Berambadi experimental watershed (Critical Zone Observatory, ORE BVET) and (2) a specific Indo-French project (CEFIPRA AICHA, 2013-2016) in which an integrated model combining hydrology (AMBHAS), agronomy (STICS), economy (MoGire) and farmer decision (Namaste) models was developed.

Project Meet on Coupled Human and Natural System Environment (CHANSE) for water management under uncertainty in the Indo-Gangentic plain was held during12-14 September, 2018 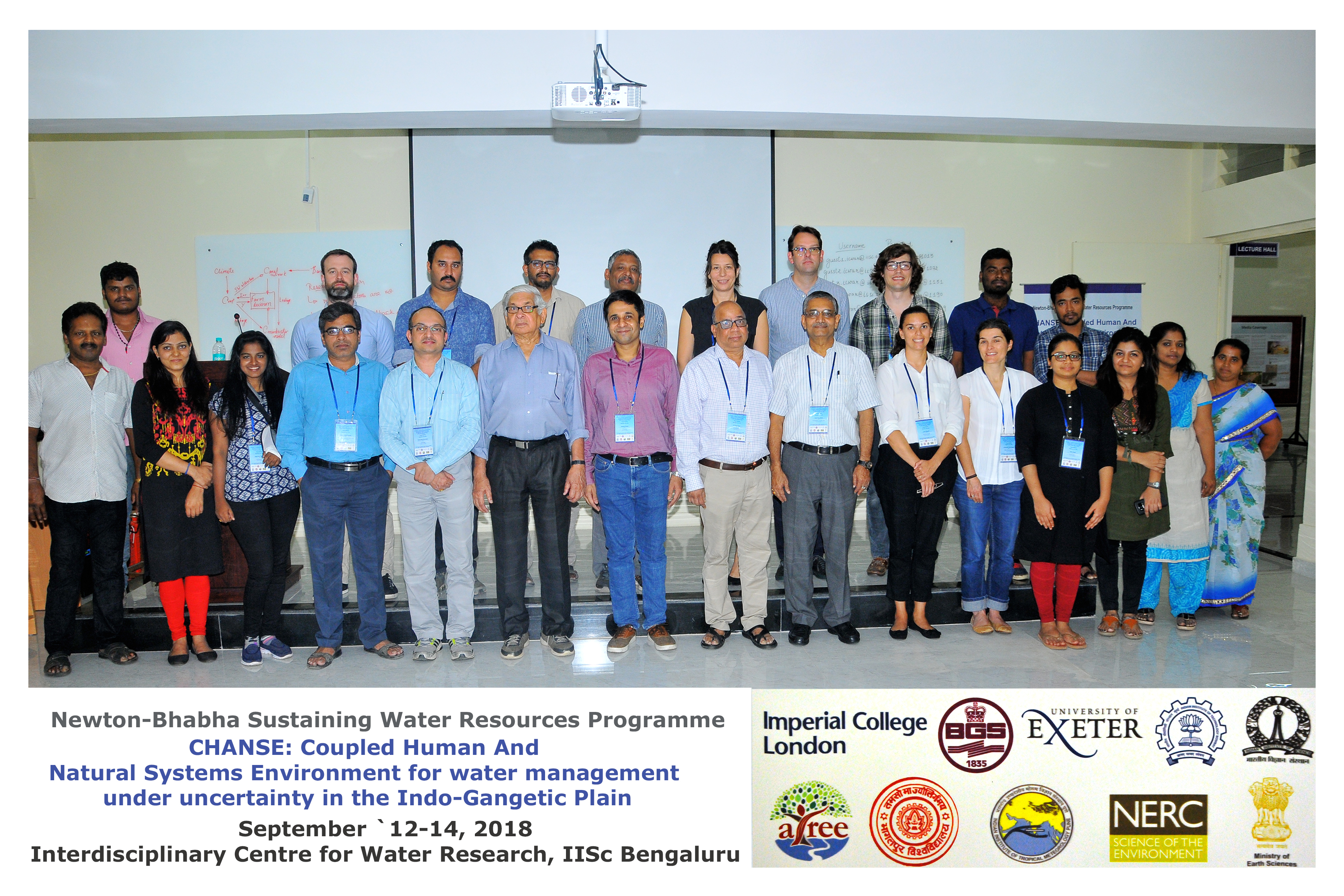 The overarching aim of the research is to improve mapping and quantification of dominant interactions and feedbacks between human activities and the hydro-meteorological system of the Indo-Gangetic Plain (IGP).

International Workshop on Urban Floods conducted in ICWaR during June 27-29, 2018 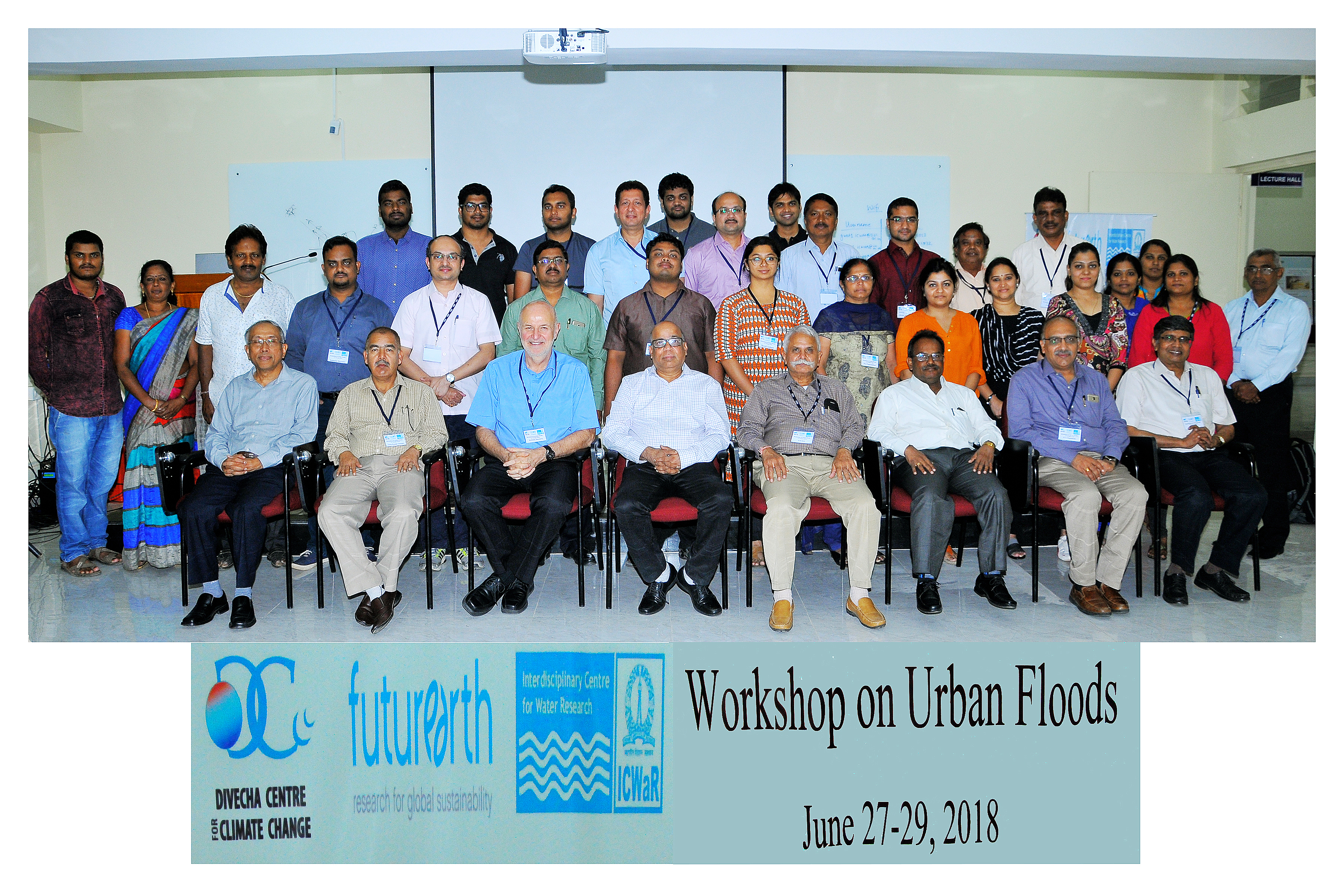 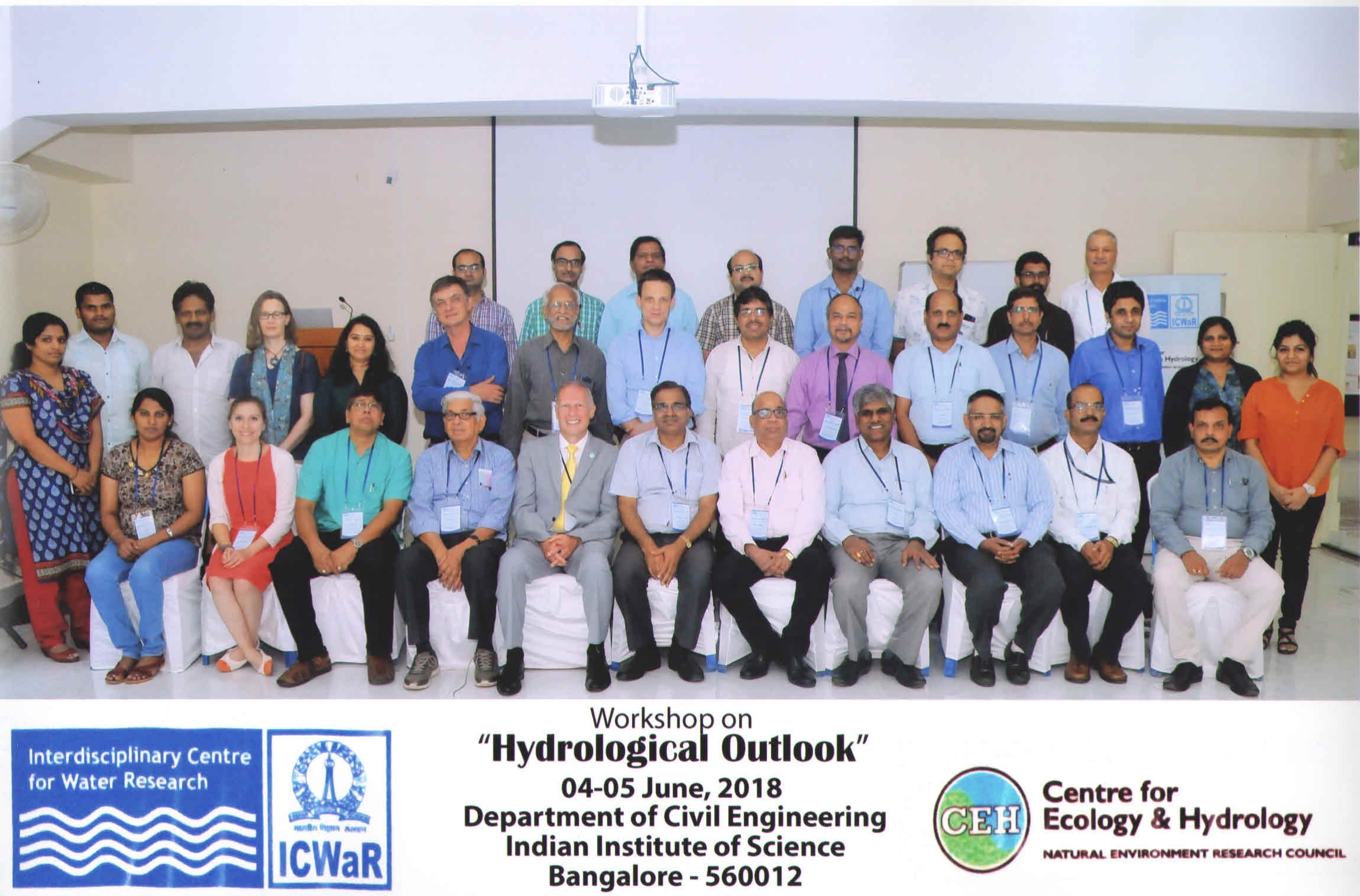 The workshop is intended to develop ideas for future scientific and  technological collaborations between the UK and India which will address key knowledge gaps in our understanding of water resources management and source protection.

An Indo-French workshop on “Remote Sensing for Water and Agriculture: Current and Future Possibilities” conducted on November 17, 2015

Participants of the Indo-UK workshop on Water Security